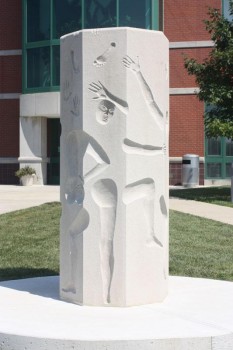 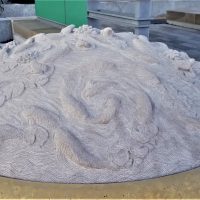 Outdoor Sculpture
ADD IT
Click to bookmark this listing 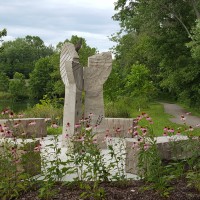 Outdoor Sculpture
ADD IT
Click to bookmark this listing

Carved directly in stone, my work combines traditional carving techniques with contemporary art ideas such as public interaction and appropriation. I knowingly engage with the concept of nonobjective and realistic art in a semiotic manner. For instance, I have carved handwritten words and phrases on spheres and cylinders (which I call Roliquery), abstracting them by reversing the image. When the viewer rolls the object in a bed of sand, the language is revealed. I also have employed designs based on ancient sculptures and old photographs in a similar manner, as well as imagery taken directly from nature. Viewers complete the creative process as they roll the Roliquery and create images in the sand.  The carved stone is a tool in the creation of an image, rather than being simply a singular art object; it impresses the fluid and fugitive sand with an image from the fixed and permanent stone. Thus is achieved the intermingling of the traditional idea that art needs to be made timeless by the use of permanent materials such as stone with the contemporary notion of the ephemeral presence.

While my main means of production is carving, I do not limit my efforts to a single “signature” medium. Instead I move between various media such as glass, stone, paper, metal, and sand. Through these material relationships, I conceptually present issues of current cultural discourse, such as environmental and spiritual concerns. Just as the stone walls of Grand Canyon hold the history of the earth in their layers, every stone I carve is synonymous with memory—not only in a geological sense, but in a cultural sense as well—addressing the forgetfulness of our fast-moving and fractured time.

A long time ago, the only imprints humans made on the earth were quickly disappearing footprints. Today our imprints are highways and tire treads—destructive imprints, choking the earth. My work draws a parallel.

My art is unique on many levels. I follow the basic semiotic premise of binary oppositions, which defines much of our language. Every image carved is either in the negative, which when printed becomes positive, or vice versa. This switch from negative to positive is not made by me but by the public who interact and finish the work. Even though this final act is playful, it often leads to serious aesthetic investigation of how forms are made, and what it means to be an artist. By interacting with my carvings people are moved from passive consumption of art as commodity to an active contemplation of contemporary art with a light poetic touch.

Playful poetic spaces in my public commissions put the enjoyment back into contemporary art, which can often seem unapproachable to the general public.

Commission work is priced by the job.

Price list for Roliqueries is being worked on currently. 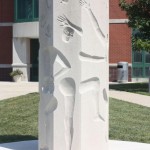 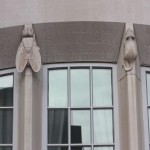 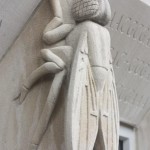 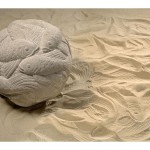 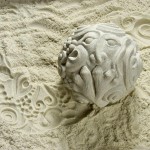 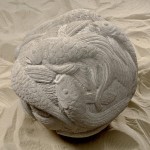 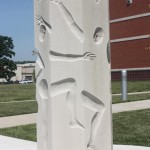 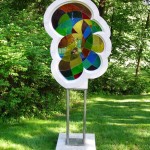