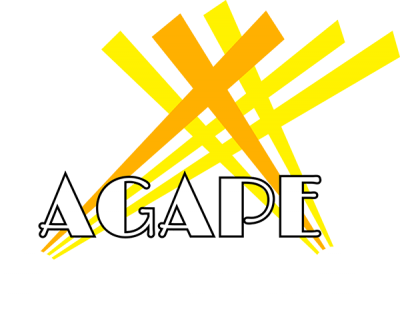 The Agape Theater Company will perform Shakespeare’s Macbeth at the Indy Bard Fest in October 2021. Dr. Kathy Phipps will be the Director, Darby Kear will be the Assistant Director, and Joel Flynn will do the Choreography for the Witches.

Performers ages 12-26 are invited to audition for this production. Our General Auditions for the roles of Macbeth and Lady Macbeth will be done online thru video and will be due by 7:00 pm EST on Friday, March 12. Those auditioning will prepare a one minute Shakespearean monologue video. In the introduction to your monologue, please state your name, age, and the Shakespearian play your monologue is from.  Please send the audition video to agapetheatercompany.auditions@gmail.com

We will respond to everyone who emails us a General Audition video and let you know if you’ve been chosen for face-to-face Call Backs (only for the roles of Macbeth and Lady Macbeth) on the afternoon of Sunday, March 14 (socially distanced with masks) at a location that is TBA. Everyone who is Called Back for the character of Macbeth or Lady Macbeth will received an emailed copy of the script and readings for Call Backs.

If we have two men who are equally capable of the role of Macbeth, we are considering doing rotating casting where two men would each get three performances as Macbeth and on the night they did not play Macbeth they would play Macduff. We are also considering rotating casting for Lady Macbeth and Hecate (the Leader of the Witches) if there are two women who are equally talented for Lady Macbeth.

Those wishing to audition for roles other than Macbeth or Lady Macbeth will have General Auditions, Call Backs, and a Read Thru in June. Specifics will be announced later. Performers who were Called Back for the character of Macbeth or Lady Macbeth who were not cast in the roles will not need to do another General Audition in June. They will automatically receive a Call Back for other roles in the show.

Performers cast in the show will have the rest of June and July off and we will begin rehearsals as a cast in August. Everyone will need to learn your lines over the summer and be ready to rehearse off-book after your first blocking rehearsal in August.

PRODUCTION RESPONSIBILITIES
Performers cast in the show ages 18 and younger will pay a $150 participation fee to help cover scenery, costumes, and the numerous expenses of the production. The fee can be made in two installments. Partial Scholarships are available for families in need. Performers who are 19 – 26 will each secure a $150 sponsorship from a business to help defray show costs or they will pay the $150 participation fee.

Also, all performers ages 21 and older will be required to do a background check and the on-line training, Safe and Sacred, that educates about healthy communication and detecting abuse.

We require that one parent of the cast member volunteers 10-15 hours on a show committee (scenery, costumes, props, publicity, etc.). Parents will also need to attend two mandatory informational meetings and be available to help during Tech Week.

MATURE THEMES IN MACBETH
The play addresses mature topics including murder, suicide, mental illness, and betrayal and may not be appropriate for very sensitive performers.

The Witches will have an increased role in our production. They will sing and dance and Joel Flynn will be the Choreographer. This production will focus on the dangers of dabbling in the occult.. The Witches will appear beautiful when they first meet Macbeth, but as he is drawn into their evil, he realizes that they are not beautiful at all.
MACBETH CHARACTER AND PLOT INFORMATION
Please use this link for a plot summary and characters https://www.sparknotes.com/shakespeare/macbeth/summary/