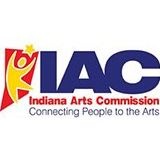 The Indiana Arts Commission (IAC) announces that it is now accepting nominations for the 2017 Governor’s Arts Awards.

Nominations may also be completed in a .pdf format and submitted by email to rvanzant@iac.in.gov.

Nominations originally made, but not selected for the 2015 / 2016 Bicentennial Governor’s Arts Awards will automatically be reconsidered for 2017. However, nominators may wish to submit updated information if there have been significant changes in the nominee’s accomplishments or contributions to the arts since the original nomination was made.

Originally conceived in 1973, the biennial awards recognize excellence in artistic achievement, philanthropy, arts education, and leadership in the arts. The awards also build statewide awareness of the important role the arts plan in Indiana.

A new addition for the 2017 Governor’s Arts Awards will the opportunity to recognize and encourage the work on emerging artists.

“The awards have traditionally honored established artists, but Indiana has a legacy of producing outstanding young talent and the Indiana Arts Commission is committed to helping artists build their careers and achieve success here at home,” said Lewis C. Ricci, IAC Executive Director. “Indiana has a significantly higher percentage of self-employed artists than the national average. We want to encourage those artists to stay here, produce their work here, which only enhances Indiana’s reputation as a state that creates.”