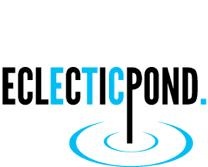 EclecticPond Theatre Company is pleased to announce auditions for two shows of our 2017 season:

Actors may audition for one or both productions.
For Black Maria, please have a one-minute dramatic monologue prepared.
For Misanthrope, please have a one-minute classical comedic monologue prepared.
Auditions will be on a first come, first served basis.  Please be prepared to cold read sides from script if requested.
If you have never before auditioned for ETC, please bring a headshot and resume.

Indianapolis.  Fourth of July.  1910.
Hatton is an amoral, disgraced, and demoted police officer who will bribe, intimidate, and kill to accomplish his nefarious plan.  The brief appearance of James Whitcomb Riley, the Columbia Club, and other familiar Indiana locations paint a vivid, original period piece that provides a timely narrative of police brutality against minorities.

Battle:  A black man
Hyland:  Superintendent of the IPD
Posey:  A probationary trainee for the IPD
Perrot:  Head of the Bertillon system for IPD
Ponds:  A waiter at the Columbia Club
Coffin, Blackford, Baker:  IPD officers
Golding:  A blind tavern keeper
Shank:  Mayor of Indianapolis
Tamlin:  An actor
Ember:  An opium addict
Announcer:  An announcer at the Empire Theater
*The roles of Hatton and Riley have been precast.

The Misanthrope
April, 2017
When opposites attract, does anybody win?  Set in 1987, this classical comedy of manners will be a totally radical celebration of all things late ’80s.