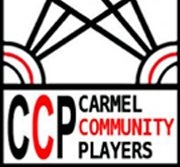 AUDITION NOTICE:
SHIPWRECKED! AN ENTERTAINMENT: The Amazing Adventures of Louis de Rougemont (As Told by Himself)

Show includes: Flying wombats, giant sea turtles, danger and love on and across the seven seas — prepare to be whisked away on a nineteenth-century swashbuckling saga by Louis de Rougemont himself, as he tells us a tale that examines just how far we’re willing to blur the line between fact and fiction in order to leave our mark on the world. Lori Raffel will direct the production.

All those auditioning will be asked to read from the script. If you would like a PDF of the script, email Lori at linesbylori1@aol.com. Thank you!