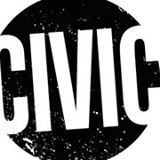 Civic Theatre will hold combined auditions for their two plays, The Diary of Anne Frank and Murder on the Orient Express November 14 &15 at 7 p.m. Auditionees will be asked to read sides from the script, which they will receive by November 7.

To audition, fill out the audition form completely including conflicts (required), headshot & resumé (not required). You will have the opportunity to select your audition date. 24 hours before your selected date you will be provided with a specific time. Video auditions will be accepted. In general, we cannot arrange for individual times outside of the scheduled auditions. Should we deem it necessary, we MAY schedule alternate dates at a later time. Callbacks TBD.

In this transcendently powerful new adaptation by Wendy Kesselman, Anne Frank emerges from history a living, lyrical, intensely gifted young girl, who confronts her rapidly changing life and the increasing horror of her time with astonishing honesty, wit, and determination. An impassioned drama about the lives of eight people hiding from the Nazis in a concealed storage attic, The Diary of Anne Frank captures the claustrophobic realities of their daily existence—their fear, their hope, their laughter, their grief. Each day of these two dark years, Anne’s voice shines through: “When I write I shake off all my cares. But I want to achieve more than that. I want to be useful and bring enjoyment to all people, even those I’ve never met. I want to go on living even after my death!” This is a new adaptation for a new generation.

Just after midnight, a snowdrift stops the Orient Express in its tracks. The luxurious train is surprisingly full for the time of the year, but by the morning it is one passenger fewer. An American tycoon lies dead in his compartment, stabbed eight times, his door locked from the inside. Isolated and with a killer in their midst, the passengers rely on detective Hercule Poirot to identify the murderer – in case he or she decides to strike again.