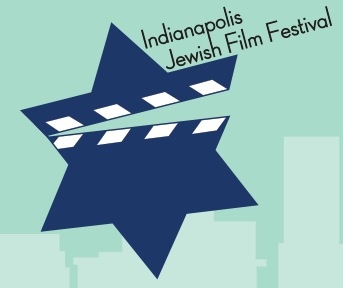 A cooking contest of classic deli-like food, and the visit by the wife of iconic Jewish actor Theodor Bikel highlight the third season of the Indianapolis Jewish Film Festival (www.indianapolisjewishfilmfestival.com) which presents topics that raise significant issues, touch the heart and demonstrate true heroism. The Festival begins May 12

A cooking contest of classic deli-like food, and the visit by the wife of iconic Jewish actor Theodor Bikel highlight the third season of the Indianapolis Jewish Film Festival (www.indianapolisjewishfilmfestival.com) which presents topics that raise significant issues, touch the heart and demonstrate true heroism. The Festival begins May 12 and concludes May 21. The seven feature-length films will be shown at three locations.

“Our committee, made up of members of several Indianapolis congregations and non-Jews, selected films that are entertaining and thought provoking.  All of the films offer new insights into the human condition and especially the Jewish heritage and living in the Mideast,” Epstein said. The Indianapolis Jewish Film Festival joins about 60 other Jewish film festivals in the US.

Movies and Foodies Come Together

Film-loving cooks can bring their kitchen best and enter a Jewish deli cooking contest before the showing of Deli-Man a review of great Jewish delis around the US. A special locally-produced video interview with Brian Shapiro, the fourth generation owner and operator, will review the legacy of our own Shapiro’s Delicatessen (www.shapiros.com ). Cooks can put their best kugel, kasha or hamentashen in the Festival’s first competitive cook-off. Details will be on the Festival’s website and Facebook page, www.facebook.com/indyjff .

The wife of revered Jewish actor Theodor Bikel, Amy Ginsburg Bikel, http://www.jewishjournal.com/cover_story/article/a_grand_love_in_life_and_thereafter will join the Festival for the showing of Bikel: In the Shoes of Sholom Aleichem.

Tickets may be purchased at the door or at http://bit.ly/buyIJFFtix

Here are the featured films:

Bikel: In the Shoes of Sholom Aleichem, Sunday, May 15, 7 p.m., Hasten Academy, 6602 Hoover Rd, Indianapolis. Ticket price: $10. Mrs. Theodore Bikel will attend and speak about her husband and the film. The film presents portraits of two beloved icons–Sholom Aleichem and Theodore Bikel– woven together in this enchanting documentary. Theodore Bikel, who died last year, had an acting career spanning more than 150 screen roles and countless stage and musical productions. Bikel played Tevye the Milkman in Fiddler on the Roof on stage more than 2,000 times. Sholom Aleichem is a pioneer of modern Jewish literature. Fiddler on the Roof is based on his stories about Tevye the Dairyman. Aleichem created dozens of indelible characters — “shtetl Jews” for whom humor and pathos were two sides of the same Yiddish coin and remain invaluable windows into pre-war Eastern European Jewish life.

Fill the Void, Monday, May 16, 7 p.m. Hasten Academy, 6602 Hoover Rd, Indianapolis. Admission: $10. Fill the Void tells the poignant story of a devout 18-year-old Israeli woman who is pressured to marry an older widower, the husband of her late sister. Declaring her independence is not an option in Tel Aviv’s ultra-Orthodox Hasidic community, where religious law, tradition and the rabbi’s word are absolute. This film was made in Israel and released in 2013. It received seven Israeli Academy Awards including best picture and best actress and was an official selection in the 2013 Sundance Film Festival.

Vita Activa: The Spirit of Hannah Arendt, Tuesday, May 17, 7 p.m., Landmark Theatre, 8702 Keystone Crossing, Keystone at the Crossing, Indianapolis. Admission: $10. Released in 2015, this thought-provoking and spirited documentary looks at the life of noted German-American philosopher and political theorist Hannah Arendt, who reported in 1961 for The New Yorker on the war crimes trial of the Nazi Adolf Eichmann.

While observing the legal proceedings, the Holocaust survivor concluded that Eichmann was not a simple monster, but an ordinary man who thoughtlessly buried his conscience through his obedience to the Nazi regime and its ideology. Arendt’s expansion of this idea, presented in the articles for The New Yorker, created the concept of “the banality of evil” that she thought sucked in some Jewish leaders of the era into unwittingly participating in the Holocaust.

The result was a bitter public controversy in which Arendt was accused of blaming Holocaust victims. The strong-willed intellectual was then forced to defend her daringly innovative ideas about moral complexity in a struggle that exacted a heavy personal cost.

Deli Man, Wednesday, May 18, 7 p.m., Landmark Theatre, 8702 Keystone Crossing, Keystone at the Crossing. Admission: $10. Deli Man will be preceded by a video interview with Brian Shapiro about the four generations of his family. The interview is called Indy’s Deli Man. There will also be a cooking competition in the atrium near the theater entrance before the screening.

Deli Man is a documentary film about recipes from Hungary, Poland, Russia, and Romania that flowed into late 19th and early 20th century America and soon became part of an American culinary and cultural vernacular – deli. Although authentic Jewish delis once seemed to be on every street corner in metropolitan areas, today there are fewer than 200 left in the U.S.

The effusive and charming Ziggy Gruber is the film’s principal guide. Gruber is a third-generation delicatessen man, owner and maven (as well as a Yiddish-speaking French trained chef) and operates one of the country’s top delis, Kenny and Ziggy’s in Houston.

For some, delicatessen food is close to a religious experience. A tender, crumbling cut of corned beef steeped in its juices. A full-bodied garlic dill pickle. Spicy brown mustard with grain. A blintz that melts in your mouth like a creamsicle on a summer’s day.

International terrorism viewed from more than one perspective is examined in God’s Slave. The movie will be accompanied by observations and discussion by Dr. Pierre Atlas examining international terrorism. Atlas is an associate professor of political science at Marian University.

Inspired by true events, God’s Slave exposes the appalling cost of extremist acts carried out in the name of religious conviction. It is the story of Ahmed and David, two extremist characters, one Islamic and the other Jewish, who cross paths over the 1994 bombing of a Jewish community center in Argentina.

Ahmed is operating undercover as a doctor and family man. David Goldberg is a cold-blooded and embittered Israeli Mossad agent who will stop at nothing to terminate the terrorist sleeper cell. Both men embark on parallel paths of martyrdom, blinded by hatred born of childhood trauma and prepared to sacrifice everything for their beliefs.

Nicky’s Family, Saturday, May 21, 7 p.m., Indiana History Center 450 W. Ohio Street, Indianapolis.             Admission: $10. Nicky’s Family is a gripping documentary about Sir Nicholas Winton, who, in 1939 personally and by his own initiative, saved the lives of 669 children from Nazi-occupied Czechoslovakia and brought them across Hitler’s Germany to Britain. For nearly 50 years, he kept secret how he rescued these children; not even his wife knew about it.

The story emerged in 1988 when the BBC broadcast a touching show about the first meeting of approximately 100 people with their secret rescuer. Today he is often called Britain’s Schindler. Winton died in 2015, but his fascinating story continues to inspire people to make this world a better place.

To review the entire film schedule and order tickets go to www.indianapolisjewishfilmfestival.com.

“In the selection process we worked to illustrate the human condition but particularly the challenges Jews and Israel face in a modern world,” said Epstein and Springer.

All showings are $10, except Thursday, May 12 which is FREE.

Sunday, May 15 — Bikel: In the Shoes of Sholom Aleichem — Mrs. Theodore Bikel will be in the theater to talk about her husband and the film. Wednesday, May 18 — The movie follows a short videopiece with Brian Shapiro talking about Indiana’s own deli – Shapiros. There will also be a deli food cooking competition. Thursday,May 19 — The movie will be accompanied by a discussion led by Dr. Pierre Atlas talking about international terrorism.