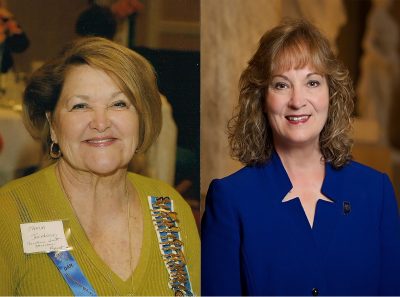 The recipients of the 2017 May Wright Sewall Leadership Award are two powerhouse leaders in parallel and yet diverse fields: Dr. Jamia Jasper Case Jacobsen and Glenda Ritz.

The recipients of the 2017 May Wright Sewall Leadership Award are two powerhouse leaders in parallel and yet diverse fields.

The recipients of the 2017 May Wright Sewall Leadership Award are two powerhouse leaders in parallel and yet diverse fields.

Dr. Jamia Jasper Case Jacobsen actively contributes to American society in such fields as education, civic improvement, child advocacy and addiction counseling. She founded the Central Indiana Family Support Center, serving as director of this eight-county child abuse and neglect center from 1980 until 1986. President Ronald Reagan appointed her to the U.S. Advisory Board on Child Abuse and Neglect, and she served from 1986 to 1990. After completing this term, Jacobsen founded the Family Counseling Center, serving as its president until 2004. She currently works from a counseling office in Avon, Indiana. Jacobsen has published hundreds of articles and has written three books. She has taught at Indiana University campuses in Bloomington, Indianapolis and Kokomo, as well as Kaplan College and Indiana Wesleyan University. She earned bachelor’s, master’s and doctoral degrees from IU. Jacobsen is a member of many organizations, has served on numerous boards and received many awards. Her memberships include the Propylaeum, to which she has belonged for 28 years.

Glenda Ritz served as Indiana’s superintendent of public instruction from 2013 to 2017. During her tenure, her work focused on providing increased support for public schools, families, and communities. Over her education career, she has always a student advocate. Ritz believes all children should have access to an education that is equitable, student-centered, and of high quality. Earning national board certification and two master’s degrees, Ritz taught at all levels in MSD Washington Township in the areas of general education, special education, and library science. Ritz also championed teacher rights as president of the Washington Township Education Association, and she served on the executive board of directors for the Indiana State Teachers Association. Guided by her passion for public schools and experience as an educator and policy influencer, Ritz founded Advancing Public Schools in March 2017. Following in the steps of educator May Wright Sewall, she demonstrates a passion for making education a priority for Indiana youth.

About May Wright Sewall

In 1888, May Wright Sewall encouraged a group of women to form The Indianapolis Propylaeum, Inc. for “providing a love of literature, music, science and the fine arts; to emphasize a sense of civic responsibility and to furnish our city with a women’s social and cultural center.” Mrs. Sewall, a former one-room schoolhouse teacher, was an educator who in September 1882 founded the Girl’s Classical School of Indianapolis. She was the leading organizer of female volunteers in Indianapolis starting not only the Propylaeum, but also The Indianapolis Council of Women, Inc., Indianapolis Woman’s Club, Contemporary Club of Indianapolis, and was instrumental in launching the Art Association of Indianapolis which was the forerunner of the Herron School of Art and the Indianapolis Museum of Art. On the national level, Mrs. Sewall founded the International Council of Women and worked with the National Woman Suffrage Association.

About May Wright Sewall Leadership Award 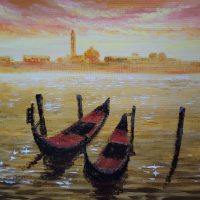 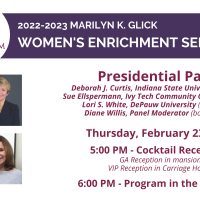 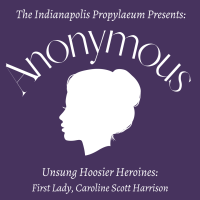