Presented by Butler Arts Center at Shelton Auditorium, Indianapolis IN

With a voice as smooth as velvet, SAMARA JOY’s star seems to rise with each performance. Following her winning the 2019 Sarah Vaughan International Jazz Vocal Competition, she recorded her self-titled debut recording, which features Samara backed by the Pasquale Grasso Trio.

With her upcoming Verve Records debut, Linger Awhile, 22-year-old Samara Joy makes her case to join the likes of Sarah, Ella, and Billie as the next mononymous jazz singing sensation recorded by the venerable label. Her

With a voice as smooth as velvet, SAMARA JOY’s star seems to rise with each performance. Following her winning the 2019 Sarah Vaughan International Jazz Vocal Competition, she recorded her self-titled debut recording, which features Samara backed by the Pasquale Grasso Trio.

With her upcoming Verve Records debut, Linger Awhile, 22-year-old Samara Joy makes her case to join the likes of Sarah, Ella, and Billie as the next mononymous jazz singing sensation recorded by the venerable label. Her voice, rich and velvety yet precociously refined, has already earned her fans like Anita Baker and Regina King, appearances on The TODAY Show and millions of likes on TikTok — cementing her status as perhaps the first Gen Z jazz singing star. On Linger Awhile, Samara will introduce that massive audience to a slew of classic standards several times older than she is through her timeless, irresistible sound.

Samara is still relatively new to jazz. Growing up in the Bronx, it was music of the past — the music of her parent’s childhoods, as she put it — that she listened to most. She treasures her musical lineage, which stretches back to her grandparents Elder Goldwire and Ruth McLendon, both of whom performed with Philadelphia gospel group the Savettes, and runs through her father, who is a singer, songwriter and producer who toured with gospel artist Andraé Crouch. “Sometimes I catch myself when I’m singing — I’m like, ‘Whoa, that was a dad moment’,” Samara quips. Eventually, she did follow in the family tradition, singing in church and then with the jazz band at Fordham High School for the Arts, with whom she won Best Vocalist at JALC’s Essentially Ellington competition. That led to her enrolling in SUNY Purchase’s jazz studies program, where she fell deeply in love with the music.

Though she’s young, she relishes the process of digging through the music’s history and learning new standards. “I think maybe people connect with the fact that I’m not faking it, that I already feel embedded in it,” Samara says. “Maybe I’m able to reach people in person and on social media because it’s real.” The gatekeepers of the jazz world tend to agree: in 2019, she won the Sarah Vaughan International Jazz Vocal Competition, and she’s since performed with legends like Christian McBride and Bill Charlap. Legendary late pianist Barry Harris was a particularly important influence and mentor. “You inspired me as well as many others with this fire for teaching and playing that couldn’t be dimmed by anything or anyone,” Samara writes in Linger Awhile’s liner notes, dedicating the project in part to Harris’ memory.

Samara is accompanied by esteemed veterans on Linger Awhile as well: her former professors, guitarist Pasquale Grasso and drummer Kenny Washington, form the core of the band, which also includes bassist David Wong and pianist Ben Paterson. With ease and a preternatural assurance, Samara swings right alongside them through understated yet powerful renditions of this creative collection of standards.

There are burnished, gleaming versions of chestnuts in “Misty,” “Linger Awhile” and “Someone To Watch Over Me,” transporting listeners to some romantic, long-lost supper club. Those familiar tunes are listed alongside some more unusual, if equally vintage selections: “Sweet Pumpkin,” a Ronnell Bright tune performed by the likes of Blue Mitchell and Gloria Lynne, and “Can’t Get Out Of This Mood,” which Samara uncovered on a collection of Sarah Vaughan rarities, add a lilting, upbeat bent to the album’s selections.

“When I heard the lyrics, I was like, ‘OK, this is positive — it’s not as much about heartbreak,” Samara says of “Mood.” “I liked the way I felt after hearing her singing it, and hopefully I can create the same feeling for people when they hear that song.”

Samara aims for the opposite on a spine-tingling version of “Guess Who I Saw Today,” originally popularized by Nancy Wilson. This gently grieving rendition showcases the young singer’s exceptional control and range, as well as her refined, distinctive style.

Marrying Samara’s interest in classic standards as well as crate-digging is her take on the iconic Thelonious Monk tune “‘Round Midnight” — instead of the traditional lyrics, Samara sings those written by Jon Hendricks, which she had only heard in a vintage TV performance by Carmen McRae. “Those lyrics haven’t been recorded that much — so even though it’s a song that a lot of people know, this is a different take on it,” Samara says. It’s the only song on the album that includes a horn section, including trumpeter Terell Stafford, trombonist Donavan Austin, and finally tenor saxophonist Kendric McCallister, who is responsible for the arrangement, a transformation of Cootie Williams’ original.

A concept that will likely be foreign to Samara’s TikTok following is that of vocalese, a jazz technique showcased across Linger Awhile. “Nostalgia (The Day I Knew)” was the product of a jazz transcription class she took with trumpet master Jon Faddis at SUNY Purchase, in which she took down Fats Navarro’s solo from the original 1947 recording and wrote her own lyrics to that melody — inspired, she quips, by the teen romance novels she was reading. She went through the same process with “I’m Confessin’,” combining that song’s original lyrics with her own, set to Lester Young’s 1952 solo. Especially for a contemporary listener, hearing how seamlessly Samara transforms these instrumental lines into breezy lyrics is astounding.

Also included on Linger Awhile is “Social Call,” co-written by vocalese pioneer Hendricks and Gigi Gryce — a fitting, beautiful tribute to those who paved the way for Samara’s exploration of this often-overlooked subgenre.

The release is just one more step for the ascendant vocalist, who will spend the rest of 2022 touring increasingly large stages — still shocked to be performing in front of thousands who hang on every word. “I’m still very much a student, even though I’ve graduated,” Samara says. “So this is only the beginning… there is much, much more to come.” 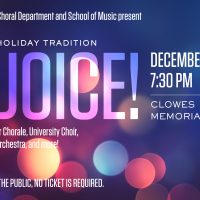 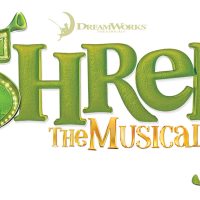 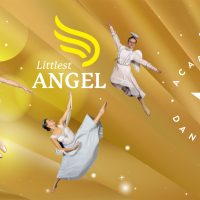 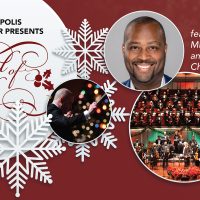 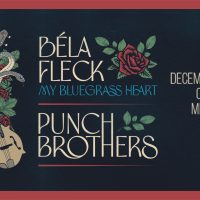