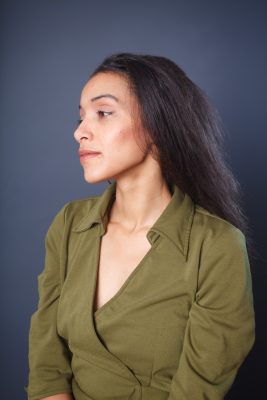 Kaila Austin is a painter and mixed media artist based out of Indianapolis, Indiana. She has been a participant in Murals for Racial Justice with the Arts Council of Indianapolis and has been interviewed for several magazines emphasizing Black arts and culture across the United States. Currently, she has a painting studio located at 201 Studios, where she also works as a bookbinder and printmaker.

Austin works primarily in mixed media portraiture, focusing on the ways in which the arts can humanize Blackness after centuries of visual culture that has been subversive and noxious. Working traditionally in oil portraits, she has spent the last year expanding her work into mixed media loosen the rigidity tied to classical notions of what art is supposed to be.  She primarily uses community members from around Indianapolis as the subject of her work, seeking to elevate everyday people and common people to the grandeur of historical narrative paintings.