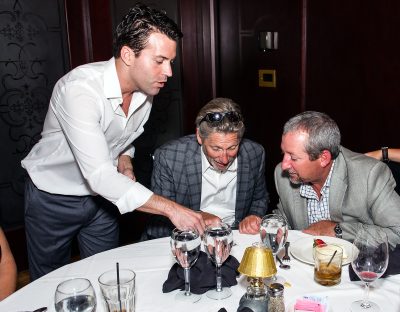 Jon Finch, the “artist of astonishment,” was the first Indianapolis magician to create a mystique in the public’s eye. Not seen in public for 10 years–from 2001 to 2010–apparently without an offstage life, Finch returned to the stage in 2010.  Jon now performs astonishing close up magic that strikes belief into even the most doubtful of doubting audiences.

His infectious smile and warm sarcasm makes for a positively delightful yet baffling event. As an audience guest in Jon’s show, don’t expect be spectating–you will be participating in the magic. You will see objects float out of your hand, and thoughts float out of your head and out of his mouth. Look forward to an experience you will remember for a lifetime if you get the chance to see Jon Finch.