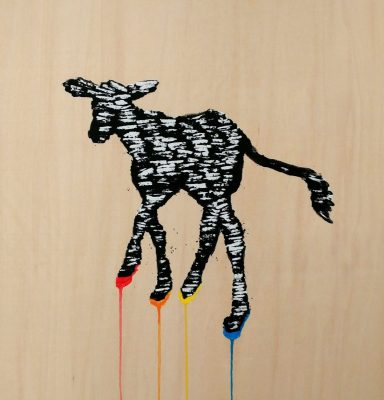 Joshua Mark Phillippe is an American artist working in the mediums of painting, photography, and printmaking.  Joshua’s work has appeared in a wide-range of media including Brooklyn Ink, NYTimes.com, Whitehot Magazine and in Studio, a quarterly produced by the Studio Museum in Harlem. Joshua is a member of the Indianapolis artist cooperative Cat Head Press.

Joshua is Professor of Art & Art History at Ivy Tech, Central Indiana.  He has an MFA from the City College of New York and a BA in Art History & Studio Art from Indiana University Bloomington.  Joshua has participated in several National Endowment for the Humanities (NEH) grants including; Out of Many: Religious Pluralism in America at the Newberry Library in Chicago (2012-13), and World Religions in Indianapolis in coordination with IUPUI (2015-17).  Joshua has completed the Master Teacher Program at the college and was granted sabbatical in 2019 to continue work on an ongoing Puerto Rico project titled My Fellow Americans.