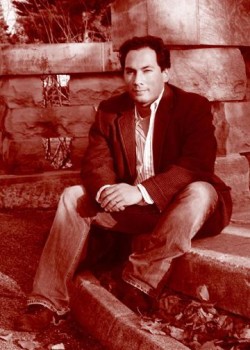 As a child of the 70s and a teenager of the 80s, Jeff DeHerdt was pretty much a rock-n-pop junkie. The music of the Beatles, Billy Joel, Steely Dan and the Police were his drugs of choice. But, in the late 1980s, jazz became his nicotine patch. Influenced by pianists Thelonious Monk and Bill Evans, he began his composition studies and pop detox at Berklee College of Music in Boston, Mass. Eventually, he became re-addicted, this time to a certain blend of jazz and pop. He doesn’t know whether to call it Jop, Pazz or Jpaozpz. But, somebody should really stop him before he does.

Since the Jeff DeHerdt group came together in 2000, they have played Indy Jazz Fest and opened for acts as diverse as Herbie Hancock and Michael Brecker to celebrity/speaker Roy Firestone. The single “I’m All The Friends That I Got” and the album “Club Bordeaux” were nominated in the 2006 Just Plain Folks Music Awards. They placed 3rd and 4th in their respective categories out of 350,000+ songs and 25,500+ albums. Jeff was the very first Artist of the Week from NUVO Newsweekly and Indianapolismusic.net and has appeared on weekly television nationwide several times as a favorite guest on “The Piano Guy” with host Scott Houston.

As with the first collection “Club Bordeaux”, the new CD “The Autumn House” features a blend of disparate influences: Peter Gabriel and Pat Metheny, Billy Joel and Gene Harris, Steely Dan and Charlie Parker. The new collection contains 11 songs about being in the middle-end of things, the “Autumn” part of any situation, where what’s done is mostly done. The time when you look back and go “good job, let’s keep going” or “oh, crap, we gotta fix this”. Once again, the current CD features Mike Stricklin, Jack Helsley, Harry Goodloe and Peter Kienle. The newest additions of Tom Clark on saxophone and Toni Bosten on vocals enlarge the already broad textural palette of the group “The Autumn House”.