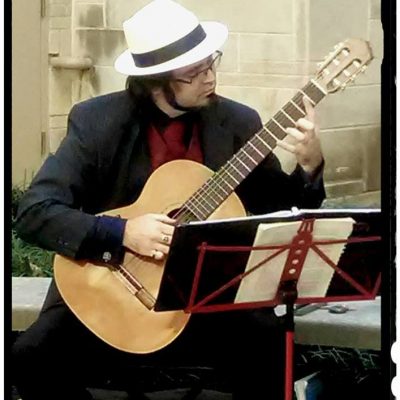 Samuel Lawson is a classical guitarist and lutenist with a Master of Music degree from Butler University in Indianapolis, IN. He has made his way performing, teaching, and writing music in Indiana, South Carolina, and Pittsburgh, PA, and has toured with his wife and vocalist, Rebekah, through the south-eastern U.S., parts of California and the hostels of Scotland. Studied under Brett Terrell, professor of guitar, and Dr. James Briscoe, professor of music history, at Jordan College of Music, Butler University, and later under Paul Reilly at Ball State University. His repertoire is grounded in Classical-Romantic period music, early Scottish and Irish music, Spanish Romanticism, and Renaissance Europe, as well as many guitar works of Brazilian composer Heitor Villa-Lobos.