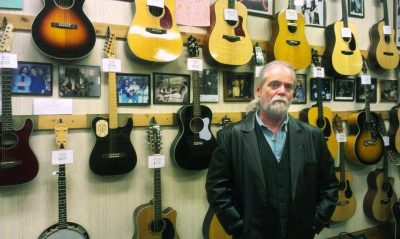 Frank Dean has been at the forefront of Indiana music scene for over three decades. He’s recorded over a dozen projects either solo or with Hard Times, Blue DeVille, Hillbilly Central, Sindacato, and The Snakehandlers.

He’s received two “Album Of The Year” awards from The Indianapolis Star and NUVO for the CDs Sindacato and Logan County plus three “Band Of The Year” awards for Sindacato, and Hillbilly Central, and a “Best Blues Recording” nomination from the International Blues Association for The Snakehandlers CD “Rock plus Roll.” His 2014 release was the all acoustic project “Antique Finish.” He’s now working on an upcoming CD to be released in late Spring of 2019.