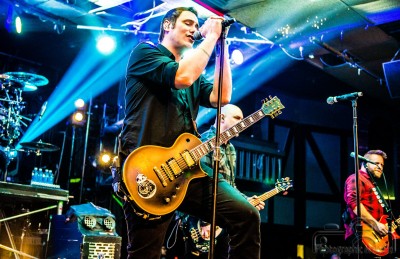 Melodie Yvonne Ramey, publishor, editor & contributor at melodieyvonne.com, grew up in the small southern Indiana town of North Vernon. Her love of photography and writing began at a young age. Every trip, even just to the local park, was turned into a fantasy scene of her own imagination that would later be turned into epic tales in word and photos. Melodie spent her teen years learning from and mentoring under professionals such as Richard Young, John Sheckler, and The Grand Conundrum. She received an Associates of Applied Science in Visual Technologies majoring in Photography from Ivy Tech in 2002 after studying under acclaimed professors such as Darryl Jones, Jonathan Wilson, and many other masters in the field.

Melodie has done numerous art shows and photo jobs around the country, with work ranging from classic portraiture to working for bands, and has even been the official photographer on many southern Indiana Poker Runs. Her specialties are in nature, music, and candid event photography, as well as one of a kind photographic creations. Melodie moved from North Vernon to Indianapolis in 2002, and still resides there. She began writing See the Art in Me – A Photog Blog in 2011 and still often writes her thoughts on society, stories behind the art, reviews, and more in her newly titled blog, READ the Music. Melodie published her first print book Photographic Memories: In the Beginning in the same year that her original blog was born, and has since published 2 more print works, Photographic Memories: Meet me in the Middle and Hoosier Heavens. She currently works as a writer and photographer for Through the Lens Magazine.