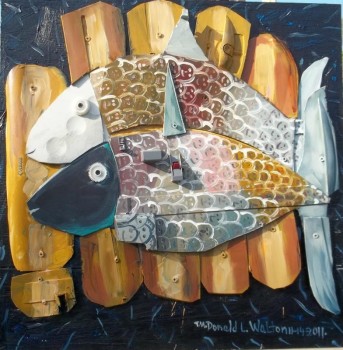 I became interested in art early in my youth and received my training at Arsenal Technical High School where I received awards for original portraits and murals.

In 1995 and 1996  I received a 2nd place award for ink drawings at the Indianapolis Black Expo.

My work was on display at the Africa Fest in the year of 1995.

In 2010 I created a mural for Broadway United Methodist Church for the youth.

I also created a mural which is presently on display at L- Fish furniture in Indianapolis, Indiana.