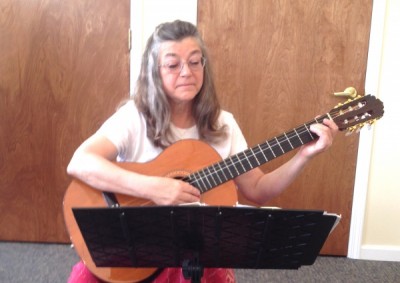 Celebrations of Creativity and Craftsmanship

The Museum of Miniature Houses in Carmel has been dedicated to showcasing creativity and craftsmanship for 22 years.  We are proud to continue our series of Celebrations of Creativity and Craftsmanship, performance programming that features violists, guitarists, dulcimer experts, singers, storytellers, poets, painters and others.  Programs for the 2015-2016 season take place at noon on every odd-dated Wednesday. Come with your lunch and enjoy a cultural experience in the intimacy of the museum’s front room.

The portrayals will be taken from “Kill the Column,” a play that premiered at Indy Fringe 2015; Sandra’s Story: It’s Not Going to Be a Very Good Day, a novella about a fifth-grade girl; and “Jubilee in the Rear View Mirror,” a play about the summer of 1964 in fictional Jubilee, Mississippi. The session will explore how actors flesh out what the author writes on the page, as well as the perspectives brought to bear on a character by writer, actor, and audience.

MaryAnne Mathews is a teacher, writer, singer, and actress. She is best known for her original play and portrayal of Mary Lincoln in “Mrs. President: A Visit With Mary Todd Lincoln.” She is a member of the Association of Lincoln Presenters. She has also appeared on local stages at Carmel Theatre Company, Carmel Community Playhouse, and with Main Street Players in Westfield. She is a volunteer historical interpreter at Conner Prairie and half of Granana (rhymes with banana), an Irish music/storytelling duo.

Garret Mathews has written for newspapers since 1972, first on the Bluefield, W. Va., Daily Telegraph and then the Evansville, Ind., Courier & Press. He was a metro columnist for 30 years, penning 6,400 during that time on subjects ranging from a young man who gets paid for being mosquito bait to an atomic bomb survivor who recalls the horrors of Nagasaki at the end of the Second World War. Information on a 2009 book of columns (titled “Favorites”) can be found on http://issuu.com/colinmathews/docs/favorites.

His books include “Baseball Days,” Swing, Batta,” Past Deadlines: Past Lives,” Can’t Find a Dry Ball,” Defending My Bunk Against All Comers, Sir!” and “They Came to Play.”  His books “Folks” and “Folks II” reprint some of the stories he covered in Appalachia during his days in Bluefield. He has produced a CD called “Folks Are Talking” on which he reads some of his columns about mountain people, with musical interludes of Appalachian music featuring MaryAnne.

Museum of Miniature Houses and Other Collections