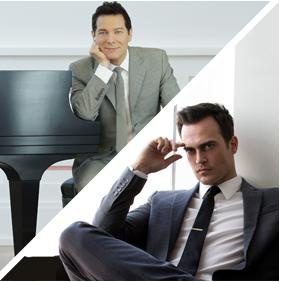 Jackson has been featured on 12 different albums, and with his staggering 4 ½ octave range has been become known for his vocal sensitivity and versatility. Appearing in such mega-hits/critical favorites such as Glee, 30 Rock, Curb Your Enthusiasm, and Law and Order, his biggest passion is music. He is also a singer/songwriter whose first self-penned album I’m Blue, Skies… was released in July, was co-produced by Sony/ATV and included the top 40 hit Before You.