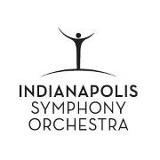 The Indianapolis Symphony Orchestra is pleased to announce a one-night-only performance of Silk Road Ensemble with Yo-Yo Ma on Aug. 15 at 7 p.m. at Hilbert Circle Theatre. Tickets start at $40, and go on sale beginning at 10 a.m.Monday, April 18. The ISO does not play at this concert.

A limited number of VIP tickets are available for $249 each and include preferred seating, two drink tickets, valet parking, and a post-concert meet-and-greet and reception with renowned cellist Yo-Yo Ma.

About the Artists
Best-selling classical recording artist Yo-Yo Ma’s work defies categorization. His collection of more than 90 albums have earned 18 Grammy Awards and have topped the Billboard chart of classical music.

Yo-Yo Ma founded Silkroad, an arts and education nonprofit, in 1998 and serves as its artistic director. The Silk Road Ensemble was formed in 2000 as a way to bring together performers and composers from around the world. The Silk Road Ensemble’s music is “contemporary and ancient, familiar and foreign, traditional and innovative, drawing on traditions from around the world to create a new musical language that reflects our 21st-century global society.”

The ensemble has performed in over 30 countries throughout Asia, Europe, and North America; released six new albums; and developed more than 80 new musical works through commissioning workshops and organic development.

A New Album, Documentary Release
Sony Masterworks will release Sing Me Home, the sixth and latest album by Silk Road Ensemble with Yo-Yo Ma, on April 22. A documentary feature directed by Oscar- and Emmy-winning Morgan Neville, The Music of Strangers: Yo-Yo Ma and the Silk Road Ensemble, will be released in theaters in June.

For more information or to purchase tickets for any Indianapolis Symphony Orchestra presentations, contact the Hilbert Circle Theatre Box Office at (317) 639-4300, toll-free (800) 366-8457, or online at IndianapolisSymphony.org.