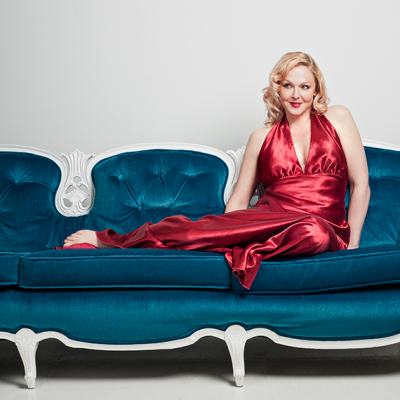 Storm Large at the Palladium

The Center presents Storm Large at the Palladium

Singer-actress-writer Storm Large and her band Le Bonheur astound audiences with their electrifying take on jazz and Broadway standards, rock anthems and gorgeous original tunes. Their debut album, Le Bonheur, was called “compelling, beautiful and enchanting” by The Huffington Post.

Working initially as a rock vocalist, Large first drew national attention in 2006 as a contestant on the CBS reality show Rock Star: Supernova. She also won acclaim for her one-woman stage show Crazy Enough, which she later developed into a 2012 memoir that was named an Oprah Book of the Week. In 2011, she joined Pink Martini as a guest vocalist, and she continues to perform frequently with the group.

Large has performed with symphony orchestras across North America, including those of Atlanta, Baltimore, Houston, Jacksonville, Pittsburgh, San Francisco, Vancouver and Toronto. She joined Michael Feinstein as special guest in the Jazz at Lincoln Center Popular Song series, and she performed with him at the Center for the Performing Arts’ 2016 Songbook Celebration gala at the Palladium.

A striking presence with her powerful voice, six-foot frame and racy sense of humor, Storm Large truly lives up to her name – and it is her real name.