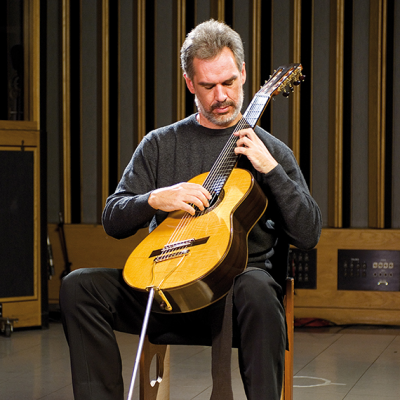 Paul Galbraith at the Palladium

The Center presents Paul Galbraith on the Palladium Stage

A native of Scotland, Paul Galbraith has shaken the world of classical guitar with his innovative style on the “Brahms Guitar,” an eight-string instrument he helped to design. Positioned like a cello and offering an additional octave beyond the standard guitar range, the revolutionary instrument opens new possibilities in technique and repertoire. Galbraith is known for his critically acclaimed recordings of works by Bach, Haydn and Brahms, as well as his own arrangements of folk tunes from various countries. The unique setup for this Palladium performance, with the audience seated on and around the stage, will create an intimate setting while making the most of the hall’s pristine acoustics.