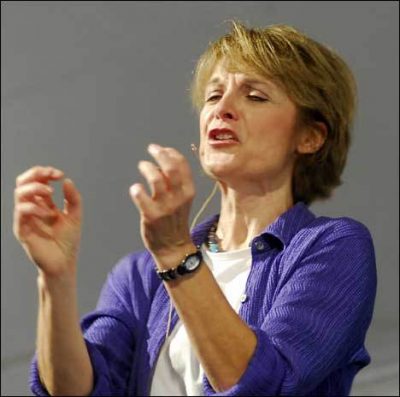 Silence: The Adventures of a Medieval Warrior told...

Based on a story from the 13th century, Silence: The Adventures of a Medieval Warrior chronicles the life of a girl who was raised as a boy in order to preserve her right to inheritance.

Based on a story from the 13th century, Silence: The Adventures of a Medieval Warriorchronicles the life of a girl who was raised as a boy in order to preserve her right to inheritance.  As a result of her dilemma, she must choose whether to fill the traditional role of a medieval woman, or fight as a man.  Dolores plays all of the characters in this show, transitioning from the girl, to the king, to the queen, and more, flowing between them with ease.  This show promises both humor and emotional moments alike.

Dolores chose to partner with PanHarmonium in order to add emotion and dramatic effect to the story.  All of the musicians play period correct instruments, including harp, crumhorn, viol, recorder, lute, and hurdy-gurdy.  The members of PanHarmonium are David Cantrell, Susan Marchant, and Gilbert Richie.

Dolores Hydock is an actress and storyteller, and her work has been featured at a variety of concerts, festivals, and special events throughout the country.  She has been a featured storyteller at the National Storytelling Festival in Jonesborough, Tennessee, has been Teller-in-Residence at Jonesborough’s International Storytelling Center, and her eleven CDs of original stories have all received Resource Awards from Storytelling World Magazine. Dolores has had a wide variety of occupations, being everything from a computer sales representative, to a cookbook editor, to a dance instructor.  In doing so, she has amassed many years’ worth of experience to further her storytelling.

Tickets: $20 in advance, $25 at the door, $15 for hisgh school and college students with valid ID