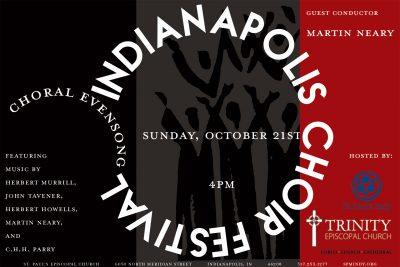 Martin Gerard James Neary LVO (born 28 March 1940, London) is an English organist and choral conductor. He was Organist and Director of Music at Winchester Cathedral from 1972 to 1988, and Organist and Master of the Choristers at Westminster Abbey from 1988 to 1998. Neary read theology and music at Cambridge University.

The years at Winchester were especially innovative. In addition to extending the traditional choral repertoire, Dr Neary commissioned new works from Jonathan Harvey and, in particular, John Tavener. Overseas tours were made with the Cathedral choir, and in addition to his own organ recitals at the Cathedral he drew distinguished organists from across the world to play there, memorably including Daniel Chorzempa, Daniel Hathaway and Marilyn Keiser from USA, Raymond Daveluy from Montreal, Peter Planyavsky from Vienna and (among others) from the UK, Ralph Downes. With his assistant organists James Lancelot and Timothy Byram-Wigfield he was responsible for planning of the major rebuilding and enlargement of the Cathedral organ by Harrison and Harrison in 1986-88.