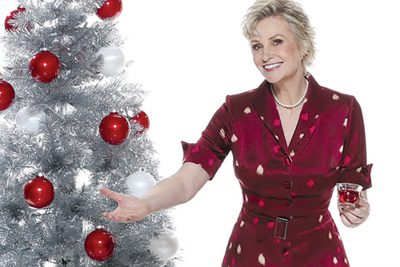 Jane Lynch: A Swingin' Little Christmas at the Pal...

Best known as ruthless cheerleading coach Sue Sylvester on Fox’s Glee, actress Jane Lynch brings her comic skills and musical prowess to the stage in this hilarious and poignant show inspired by classic Christmas albums of the 1950s and ’60s.

Joining her are longtime friend and actress Kate Flannery (Meredith on NBC’s The Office); singer-producer Tim Davis, who served as vocal arranger for all six seasons of Glee; and a jazz combo, the Tony Guerrero Quintet. All of them collaborated on the 2016 album version of A Swingin’ Little Christmas, which features 10 classic carols and five nostalgia-inspired original songs penned by Guerrero.