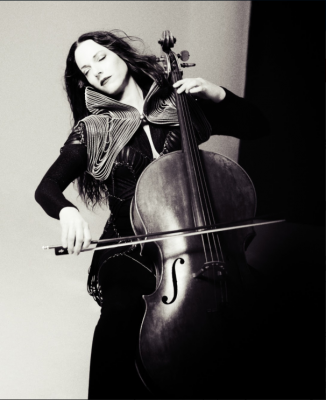 Presented by IUPUI Arts and Humanities Institute at JCC Indy

Avant-garde cellist Maya Beiser defies categories. A major presence on the international stage, she has been praised by Rolling Stone as a “cello rock star” and described by the Boston Globe as “a force of nature.” Maya’s discography includes ten solo albums and numerous feature appearances on film and TV soundtracks. She is a 2015 United States Artists (USA) Distinguished Fellow and a 2017 Mellon Distinguished Visiting Artist at MIT. Her 2011 TED Talk has been watched by over one million people. Maya was a founding member of the Bang on a Can All-Stars and is a graduate of Yale University.

This performance is the concluding event of Pillars of Salt, the 2019 exhibition of the Religion, Spirituality, and Arts program of the IUPUI Arts and Humanities Institute. It is offered in partnership with the Center for Interfaith Cooperation; the Judaism, Arts, Interfaith and Civic Engagement Fund of Congregation Beth-El Zedeck; Indiana Humanities; and the Jewish Community Center of Indianapolis.