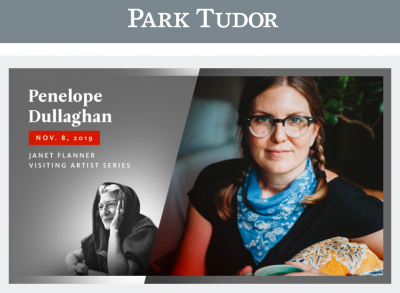 The Janet Flanner Visiting Artist Series celebrates local and national artists through artist talks and exhibitions of their work. Free and open to the public, the series connects the Park Tudor campus and classrooms to our community at large.

Visit our website to see former artists who have participated in the series.

RSVP by visiting this LINK