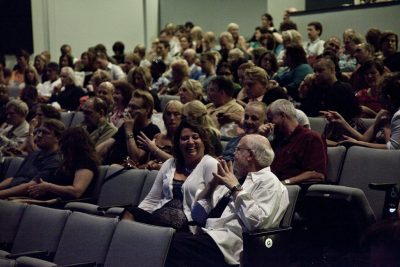 Presented by Newfields at Newfields

Art imitates life at this year’s Winter Nights Film Series. For its 10th season, the series takes a satirical look at Western society over the past three decades and explores themes such as sensationalized violence, racial representation, and intersectional feminism. Each film, which gleefully tests the boundary between fiction and reality, will be followed by a discussion.

Bamboozled (2000, dir. Spike Lee, 135 min., R) Featuring an all-star cast, including Damon Wayans, Jada Pinkett Smith, and Mos Def, Bamboozled focused on a TV writer named Pierre (Wayans) who develops a modern minstrel show in an effort to get fired from his job. Instead, he becomes a massive success.

Natural Born Killers (1994, dir. Oliver Stone, 118 min., R) Mass murderers Mickey and Mallory (played by Woody Harrelson and Juliette Lewis) take their killing spree on the run, leaving in their wake a growing list of victims and a tempest of celebratory media coverage.

Detention (2011, dir. Joseph Kahn, 93 min., R) A group of co-eds at Grizzly Lake High must escape serial kiler Cinderhella and restore order to the space-time continuum, all while navigating the highs and lows of embodying teen movie archetypes.

The Square (2017, dir. Ruben Östlund, 151 min., R) Christian, a Swedish curator of modern and contemporary art, falls prey to his own vanity as his career and personal life unravel before him.

Parking is free for all guests.