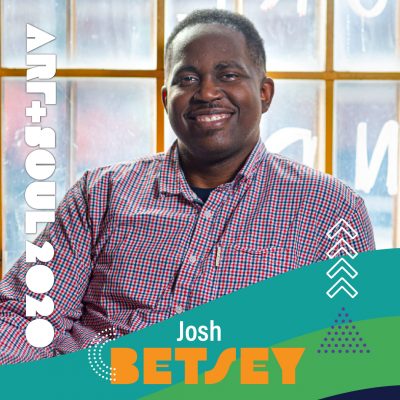 Josh Betsey is an artist, designer, and creative who received his Bachelor’s of Fine Arts from the University of the Arts in Philadelphia, Pennsylvania. Originally from the Washington D.C. metropolitan area, Joshua has called Indianapolis home since 2002. Drawing on his experiences in a variety of artistic disciplines, he currently employs digital design as his primary method of output, largely inspired by his work in American subcultures. Due to this approach, Josh has been commissioned to work on major projects with local organizations, including the Harrison’s Center’s PreEnact Indy festival and information kiosks for the Redline in collaboration with Big Car and Garfield Park. Josh aims to expand the general perception of artists as “decorators” to include roles such as problem solver, community builder, and social connector.

The Arts Council of Indianapolis celebrates Black History Month with a series of free, daily performances and not-to-be-missed events at the Indianapolis Artsgarden.