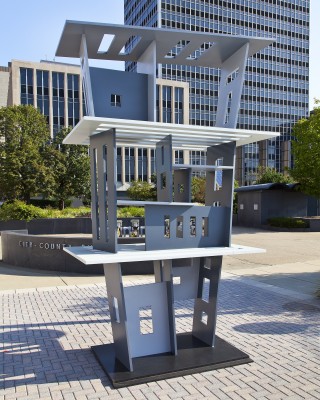 Gummer prefers that each individual bring their own interpretation to Intersection and his other sculptures along the Cultural Trail.
Don Gummer: Back Home Again runs from August 31, 2016 to August 7, 2017.