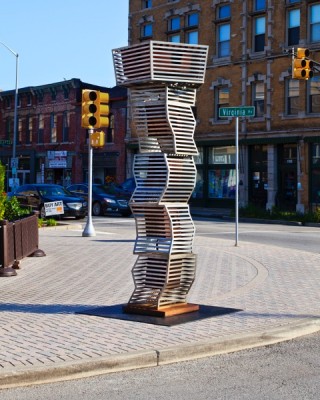 Gummer prefers that each individual bring their own interpretation to Jack’s Column and his other sculptures along the cultural trail.