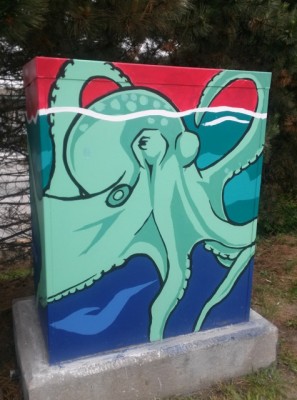 Suspended in a sea of blue and teal, a stylized octopus floats with its head and two of its arms extending out of the water towards a red sky. This octopus occupies the northwest corner of Kentucky Avenue and White River Parkway West Drive and was created by Indianapolis artist Tasha Beckwith.