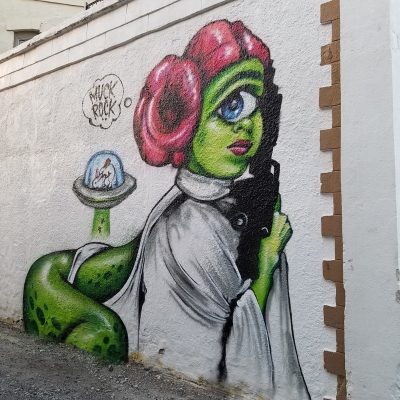 This mural is a humorous take on the Princess Leia character from the Star Wars movie series.  It features a small version of the artist Jules Muck’s signature amorous bunnies, a larger version of which, when painted on the Near Eastside in October 2018, caused controversy and was removed by the property owner within 24 hours. The current mural was painted during an informal artist’s residency in Indianapolis in the summer of 2019.