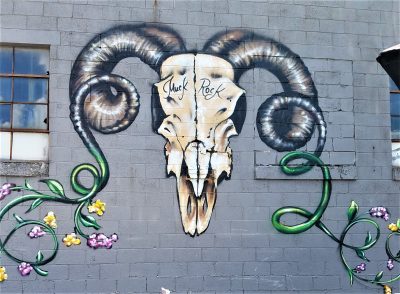 This mural of a steer’s skull decorated with flowering vines is located at Half Liter BBQ, and is a clear reference to the meat served at the establishment. The mural was created during an informal artist’s residency in Indianapolis in the summer of 2019.