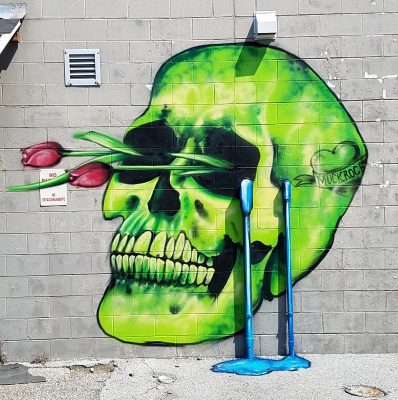 This mural was produced on commission for Healer, an all-ages music venue that is also a bar, alternative art gallery, arcade, and interactive visual experience.  The building has a long history that includes serving as the practice space for the now-defunct Indianapolis band Dog Brother, several members of which are also Healer co-founders.  The mural includes a green skull with tulips in its eye sockets, and melting microphone stands.  The mural was produced during an informal artist residency in Indianapolis in the summer of 2019.