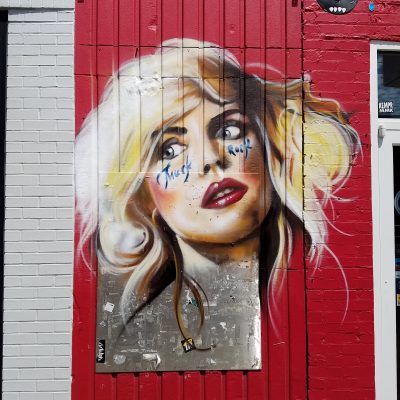 This mural features Debbie Harry, the lead singer of the punk/new wave band Blondie (1974-82), and is located in the alley behind Indy CD and Vinyl to attract music fans. It was painted during an informal artist residency in Indianapolis in the summer of 2019.