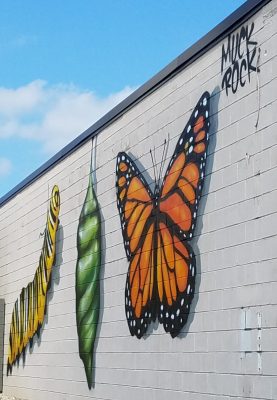 This mural emphasizing change into a better version of oneself appears on the walls of Horizon House, a homeless shelter and services provider, in collaboration with the Indiana chapter of the American Civil Liberties Union.   The mural was painted during an informal artist’s residency in the summer of 2019.