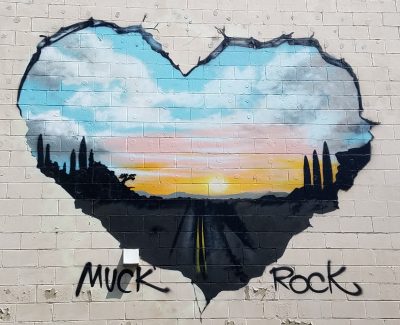 And the Future Was Wide Open

This mural is located on the wall of Horizon House, a homeless shelter and services provider on the east side of Indianapolis, in conjunction with the Indiana chapter of the American Civil Liberties Union (ACLU).  The artist dubs it “a painting for local heroes” and the concept talks about an open road to a bright future.  The mural was painted during an informal artist’s residency in the summer of 2019.