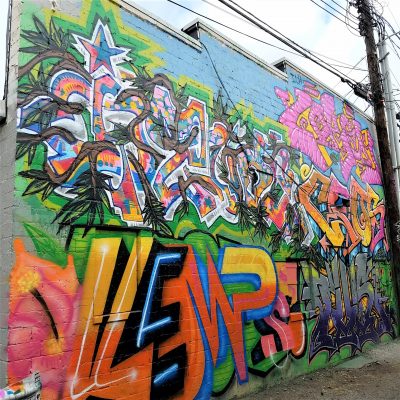 CHROMATIC is a re-boot of the classic Indianapolis graffiti festival SubSurface, which ran annually from 2002 to 2015. The festival was created by Rafael Caro and Erica Parker of Blend Creative Minds, who as youths were inspired by seeing their graffiti idols come to town.  As Broad Ripple residents, they felt called to revitalize the spirit of the festival for a new generation.