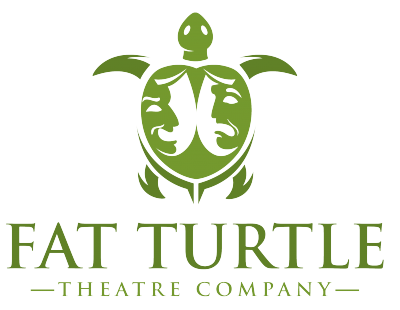 The Indianapolis New Play Festival is a full-length new play festival that will present 4 new works over 2 weekends at the IndyFringe Basile Theatre and the IndyEleven Theatre.

You must sign-up for an audition slot by picking a spot from the signup form located at the link below:

AUDITIONS ARE OPEN TO ALL.

Rehearsals will be planned by the demands of the show and cast.

Stella, a plucky housecat, is willing to do anything to save the career of her beloved but struggling human owner – including deploying the fabled and dreaded “nuclear option.” But she’ll have to convince her fellow cats to go along with her radical plan. And matters get complicated when Stella’s worst fear – a dog – is introduced into the household.

STELLA: A twelve-year old female tabby cat, probably 30s to mid-40s in human years. She’s plucky and spunky, and if there’s an alpha cat in the group, it’s Stella. She’s completely devoted to Kelly and cherishes her fellow cats. But she’s innately afraid of (and prejudiced against) dogs, due to a traumatic event from her past.

BUDDHA: A large male black cat and Stella’s litter mate, so also likely in the 30s to mid-40s human range. He is smart, literate and enjoys the finer things in feline life. He may come off as a tad snobby but he loves Kelly and his fellow cats. A British or upper-crusty New England accent (think Frasier Crane) would suit him well.

LUPIN: A male tabby cat, 7 years old, perhaps late 20s to late 30s in human years. He’s a former “street cat” who loves to play. He’s proud of his urban, tough-guy upbringing, but he’s also sweet and a little naïve. A Brooklyn or Jersey accent would work for him.

CHARLIZE: A female pit bull dog, 4 years old, somewhere in her 20s or 30s in human years. Scrappy, loveable and sympathetic to anyone’s difficulties in life. She wants to be friends with everyone, even those who behave antagonistically toward her.

KELLY: The human female owner of the pets, mid 20s to mid-late 30s. She’s having a very difficult time at her job, which has her constantly on edge. She’s not a “crazy cat lady” by any stretch but she’s concerned about animal welfare and is very affectionate toward her pets.

The Profession by Marcia Eppich-Harris
Directed by Doug Powers

What if everything you thought about higher education was wrong? After twenty-nine years as an English professor, Valerie Hardy has managed to maintain her academic idealism; however, when her star student, Marina, resorts to extreme measures in order to pay for school, Valerie reexamines the modern business model of higher education.

Roles Available for The Profession:

MARK TOWNSEND: Male-presenting Caucasian. 50s-60s. Provost, PhD in Mathematics, no people skills — the kind of man who somehow manages to twist people’s words to suit his purposes. Secretly attracted to VALERIE, but would never act on it with her.

PAUL STOCKTON: Male-presenting. 30s-40s. Professor of Theology, seems to be a good guy, but is incredibly flawed; married with children. Intimacy with MARINA.

MARINA DECKER: Female-presenting. 20s Student, English major, lover of Renaissance literature, comes from a poor background, works for Dr. Hardy and is an exotic dancer. Intimacy with PAUL. Exotic dance costume and performance in some scenes. No nudity.

JILL CARTER: Female-presenting. 30s-40s Assistant Professor of English, specialist in Women’s literature. She is a perfectionist and an opportunist.

You know what’s going to happen. Even though you have no experience in this situation your fear tells you exactly how it will end. The fear that your certainty brings, pins your feet to the floor and stops you from taking action. That paralyzing fear that causes regret in so many of us later in life is exactly what One-Adam-Twelve explores.

Salem is a devised show which centers around the Salem Witch Trials, along with other witch hunts throughout history, which will culminate throughout as a reflection on modern politics and sexism. This devised theatrical experience will explore the questions of “what is a witch?” “what is it to be hunted?” “what is hysteria?” and “what do we do now?”

When:  Auditions will be from 2:30 – 4:30 pm, however, we do require that you sign up for a 15 minute slot as we will have actors do cold readings from the scripts that are chosen.  We hope to have groups of 4 in each 15-minute slot to allow plenty of character interaction moments.  Once again you can sign up for a slot by going to this link

Dress Comfortable for auditions so that you can move freely.  One of the Directors has asked that anyone interested in auditioning should also be prepared to perform an incantation.  Imagine you are a witch in Salem.  Your choice on if you are a good witch or a bad witch.