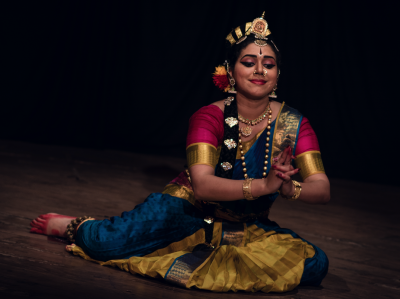 Aparna Satheesan, is an internationally acclaimed talented dancer who trained in different classical Indian dance forms like Bharatanatyam, Kuchipudi, Mohiniyattom, Kathakali, Ottam Thullal, Kerala Nadanam from eminent legendary dancers like Padmabushan Dhananjayans(Alumni of Kalakshestra and direct disciple of Smt. Rukmini Devi Arundale), Smt. Vyjayanthi Kashi, Regatta Girija Chandran, Nelliyodu Vasudevan Namboothiri. She has been trained in this art form for more that 20 years and has been

Aparna Satheesan, is an internationally acclaimed talented dancer who trained in different classical Indian dance forms like Bharatanatyam, Kuchipudi, Mohiniyattom, Kathakali, Ottam Thullal, Kerala Nadanam from eminent legendary dancers like Padmabushan Dhananjayans(Alumni of Kalakshestra and direct disciple of Smt. Rukmini Devi Arundale), Smt. Vyjayanthi Kashi, Regatta Girija Chandran, Nelliyodu Vasudevan Namboothiri. She has been trained in this art form for more that 20 years and has been giving a lot of performances in India and abroad. She is an active member of International Dance Council and State ambassador of IndianRaga. Prestigious events organized by ICCR, Heartland Film festival, Soorya Festival(India), Karur Natyanjali festival(India), Guruvayoor Temple festival, Cleveland Thyagaraja Aradhana,  featured performer at The Balaji temple, Chicago, Samarpana at Vyllopilli Samskruthi Bhavan, Light and Sound Show, Navrathri festival by Soorya Performing Arts, Kala Utsav at Indian Consulate Chicago, feature performer at “A Night in India” Dance production by the famous Gregory Hancock Dance Company, Global Rhythms and many more are some of her major performances. She has won several awards and recognition in this young age and is renowned for her creative dance productions, choreographies and music sense. Performing for an event directed by Great musician Mr. A.R Rahman had added more stars in her career. She is a graceful and talented dancer who excels in nritta as well as abhinaya aspects of dance and also a well-trained nattuvanar.

She is also the recipient of National Natya Shiromani Award by India festival USA, and also got awarded as a Kuchipudi fellow at the Globally reputed IndianRaga orgnaization. She also serves as the State Ambassador at IndianRaga.

She has been State level winner for various dance forms for Kerala State Youth festivals and Kalathilakam (Overall Champion) for other dance competitions like Sri Chitra Thirunal Cultural Trust and many more. In 2015, She won runner up in Bharatanatyam for one of the biggest Dance Festivals in USA, Cleveland Thyagaraja Aradhana. She has organized and performed for several charitable events for fund raising. Her recent project on “Transforming lives through dance” was highly appreciated in India and USA. Transforming lives through dance is her initiative to help people in need through dance. Apart from these, she had worked as a VJ for some of the leading television channels like Asianet, Soorya TV, Kairali, Asianet Plus etc. She had also worked as an RJ and dubbing artist for malayalam movies.

This dance production was premiered at The Sangam program by Elli Lilly on 2015. Concept and Choreography by Aparna Satheesan.

This is a semi classical fusion Indian dance which depicts some of the episodes of life of Little Krishna. I have used a blend of Bharatanatyam and Kuchipudi movements to this dance which depicts episodes of Krishna stealing butter, Yashoda(Krishna’s mom) seeing the whole universe in little Krishna’s mouth, Krishna playing pranks on gopikas, Krishna dancing with Gopikas, Krishna dancing on the evil serpent Kaliya(Kaliyamardanam) and also shows a small dance on the rim of a brass plate to include the kuchipudi aspect in the dance.

Shivoham is a bharatanatyam dance production on The Supreme Lord of Dance, Shiva(Nataraja). In this dance, we demonstrates the story of Bhasmasura and how Lord Vishnu turned into a woman form,  called Mohini and defeated this demon and saved Lord Shiva. This choreography is rich in the nritta aspects of Bharatanatyam with intricate jathis and foot work. Samyoga presenting our second dance production Shivoham after Krishna. This was performed for the Sangam program 2016 sponsored by Eli Lilly, Indianapolis, IN, USA at The Center for Performing Arts, Carmel

Musicians for live orchestra are flying in from India. The objective of the show is to bring together 4 different dance forms, each of which originate from a different area of India, in an effort to appeal to a larger audience. Bharatanatyam is from Tamil Nadu. Kuchpudi originates from Andra Pradesh. Kathak dance is from Northern India, and Yakshagana is from Karnataka. Each of the dance forms also has unique music accompaniment and is sung in different languages. Hopefully including these four art forms will appeal to a larger audience and help more people with various backgrounds appreciate the traditional art form of their hometowns. We want to portray each dance form in its purest and most traditional form in an effort to showcase the beauty of Indian classical arts. Hopefully we will convert some people to Indian classical art lovers.

Sri Rama Charitham is a dance drama based on Ramayana, an ancient Sanskrit epic that is traditionally attributed to the authorship of Sage Valmiki. The story revolves around Lord Rama’s seemingly endless search for his beautiful and virtuous wife Sita, who was kidnapped by a terrible demon king. The story begins when Rama’s stepmother plots to deny Rama his rightfully inherited throne. As a result, Rama is exiled to the forest and leaves Ayodhya with Sita and his stepbrother Lakshmana. During their exiled days in the forest, Sita witnesses a beautiful golden deer walking in the forest and asks her husband to bring the deer to her so she can play with it and admire its beauty. The deer is in fact a demon in disguise, meant to isolate Sita, leaving her unprotected by Rama and Lakshmana. In her husband’s absence, Sita is abducted by Ravana, a demon king, and is taken to his palace in Sri Lanka. The heartbroken Rama desperately searches for his wife, aided by several creatures, including a monkey God named Hanuman who invents unique strategies to outwit Ravana and bring Sita home. Epic battles ensue, tricks are played, and ultimately good triumphs over evil. Rama and Sita return to Ayodhya, where he rightfully takes his place as king.

Shivoham – The Center of Performing Arts, Carmel, IN, USA

Kuchipudi at Indian Council of Cultural Relations(ICCR), Bangalore IN

Krishna at The Center of Performing Arts, Carmel, IN, USA 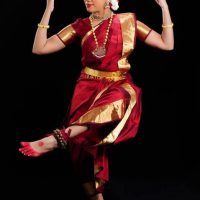 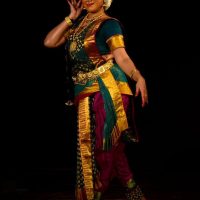 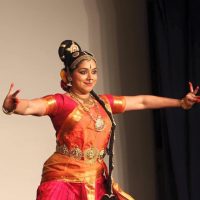 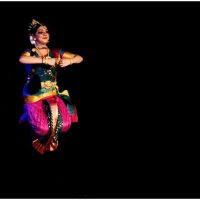 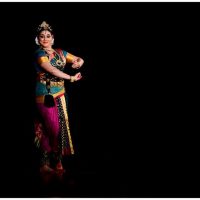 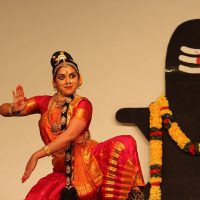 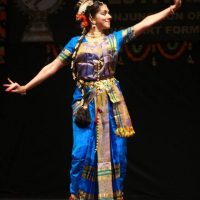 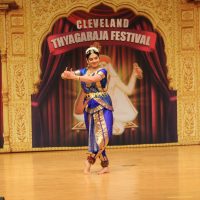 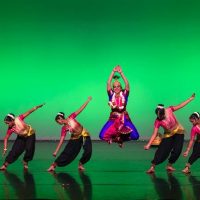 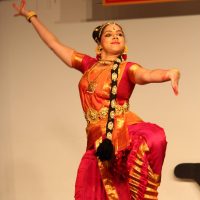 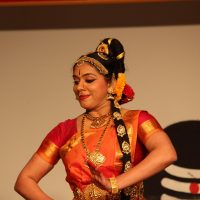 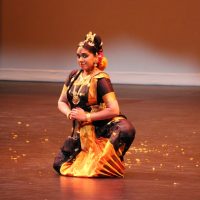 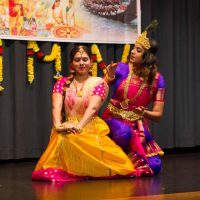 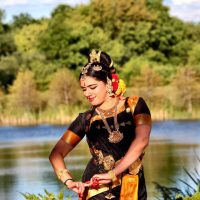 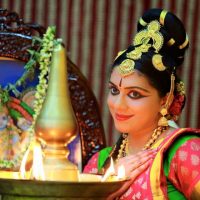 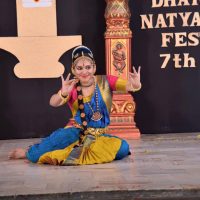 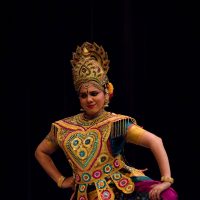 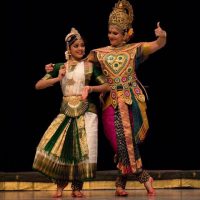 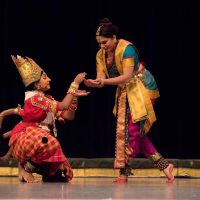